The signature, Auguste Bonaz, is a hallamark of outstanding work which still has a thoroughly contemporary feel. It is synonomous with quality and perfection, typical of the age. Exquisite articles bearing this name are treasured by collectors worldwide.

The factory was founded at the end of the 19th century. Early work used horn, and then the invention of CELLULOID opened up new creative and production possibilities. Auguste BONAZ did his apprenticeship in the workshop of his father, César BONAZ, taking over its management in 1900, with the assistance of his wife, Marguerite. He was mobilized in the 1914/18 war, during which time his wife ran the firm.

The craft production of ornamental combs, highly fashionable at that time, developed rapidly with the discovery of new materials, namely CELLULOID and GALALITH. In 1922, following the death of Auguste BONAZ, his wife, Marguerite, took over the management of the factory, continuing the production of combs, but also creating GALALITH jewellery, including the necklaces, earrings, brooches, and bracelets typical of the thirties, as well as magnificent small galalith boxes.

Marguerite BONAZ died in 1927. A number of works produced during that time still exist, and their discovery has inspired a number of people, including myself, to express their creativity through this material. 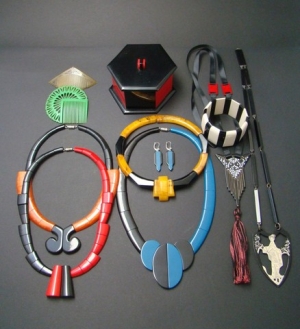 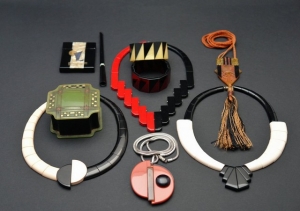 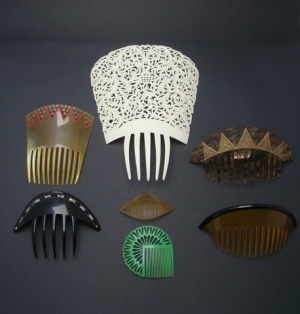