He found a batch of Art Déco jewellery in a shop in Spain which included certain pieces signed Auguste Bonaz. Others were a mix of chrome metal and Galalith of German origin, made by Jakob Bengel, Idar - Oberstein.

Riveted by this jewellry, he travelled to Oyonnax (France) to do research on the designer Auguste Bonaz. He found that the factory had virtually stopped production. 14 years in advertising had given him a certain creative astuteness, so the possibility of using this material for a contempary jewellry was immediately apparent to him.

He contacted a French factory which still produced Galalith (Ets Feuillants Ezy S/Eure) and set up the company GUILLEMETTE L'HOIR - PARIS (named after his companion of the time).

His first collection of jewellery was refined and minimalist in style was met with instant success. Mixing Galalith with other materials like precious wood, plexiglass, horn, black rubber , each piece cut and crafted by hand and then polished. He invented subtle ranges of colour, taking inspiration from the major creative trends of the time, notably the Memphis group, resulting in eye-catching jewellery.

He was asked by the Museum of Decorative Arts in Paris to make jewellery to add to their basic collections.

Nearly 40 years have passed, and the aim of this site is to reference, present and make known these creative works, and also to promote the use of a material which has almost disappeared. 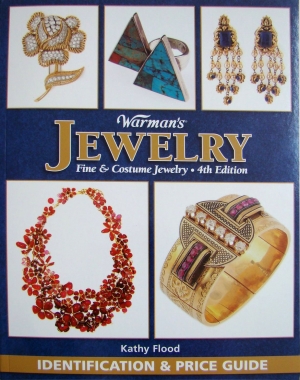 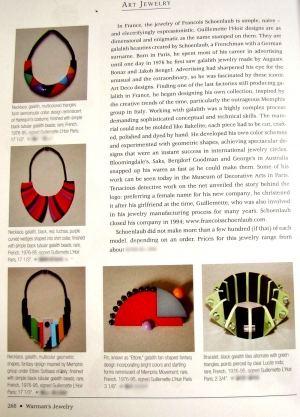